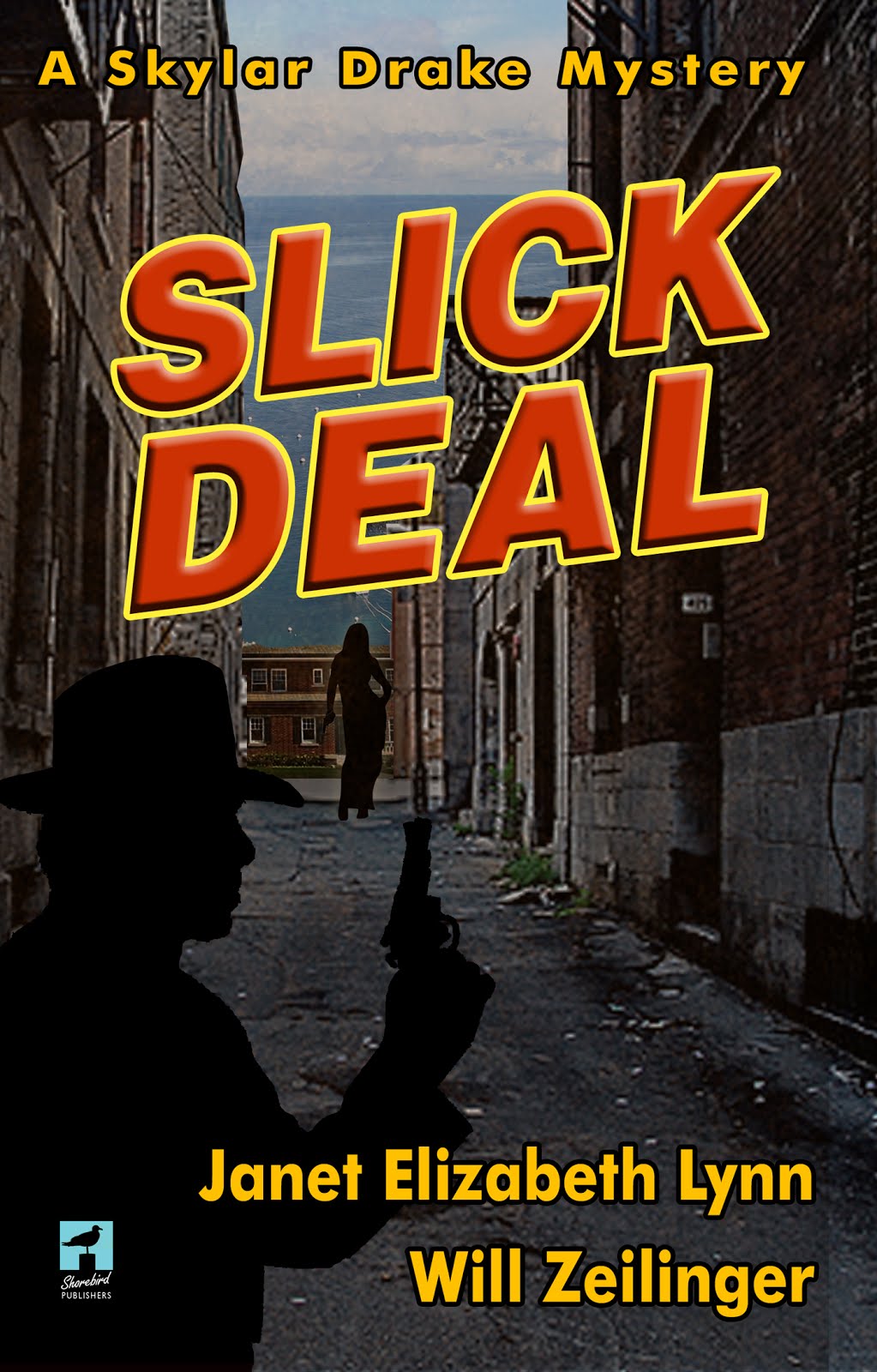 On the eve of the New Year, 1956, oil tycoon, Oliver Wright dies suspiciously at a swanky Hollywood New Years Eve party. Some think it was suicide.

His death is soon followed by threats against the rest of his family.

Private Investigator Skylar Drake and his partner Casey Dolan are hired by an L.A. gangster to protect the family and solve Oliver’s mysterious death.

Twenty-three miles may not seem far away but false identity and corruption on this island could squash their efforts to answer the question—How in the world can a dead man commit suicide?

No posts.
No posts.
Home
Subscribe to: Posts (Atom)

When they met it was murder... like a real Hart to Hart. Authors Janet Elizabeth Lynn and her husband Will Zeilinger just released the fourth novel in the Skylar Drake Mystery series, SLICK DEAL, a Noir mystery set in 1950's. They have been writing separately for over a decade and may have more Skylar Drake Mysteries in the works.

Janet Lynn
Janet has been writing for 10 years and writes mysteries and romantic comedy. She has traveled to the far corners of the globe for work and pleasure. A semi retired clinical speech pathologist she loves to garden and play with her 5 year old niece Jenny. She lives in Southern California with her husband, Bill.